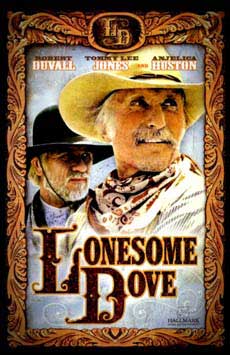 Lonesome Dove was an award winning, star-packed mini-series that aired on CBS in 1989 (it was six hours).  The mini-series was based on the Pulitzer Prize winning novel by Larry McMurtry.  The show starred Robert Duvall as Captain Gus McCrae, Tommy Lee Jones as Captain Woodrow Call, Danny Glover as Joshua Deets, Diane Lane as Lorena Wood, Ricky Schroder as Newt Dobbs, and Robert Urich as Jake Spoon.  The series won seven Emmy Awards and was estimated to be viewed by over 26 million households.

This series was about three ex-Texas Rangers who decide to trail cattle from Lonesome Dove, Texas, to Montana to start a new life.  Gus (Duvall) and Call (Jones) run a livery in Lonesome Dove, and Jake (Ulrich) is an old Texas Ranger pal who shows up years later after getting into serious law trouble in a nearby town.  After Jake convinces Gus and Call about the splendors of Montana, the group decides to make a move.  The story is about the adventures of the trip, where in the end, the only Ranger to make it alive is Woodrow Call. 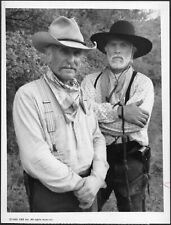 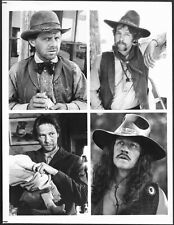 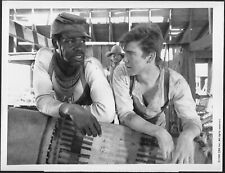 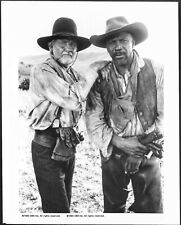 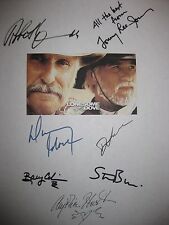 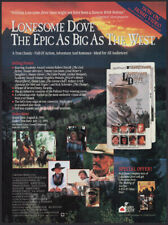 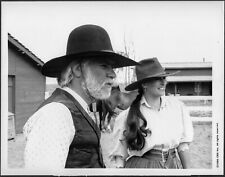 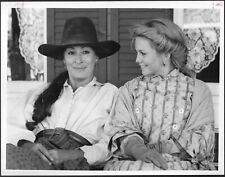 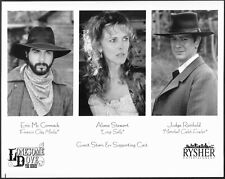